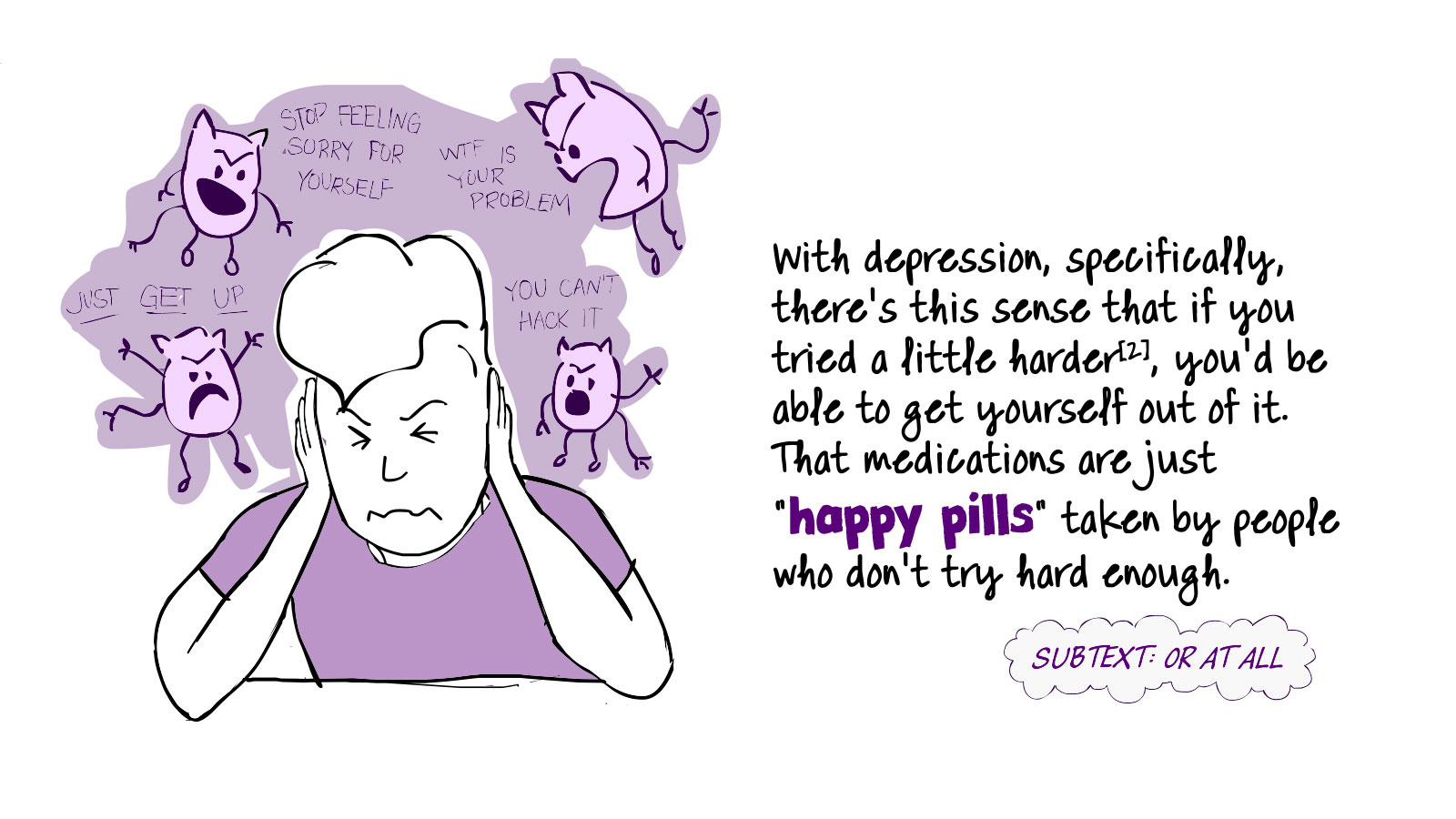 In 2013, after skirting around it for 20 years, I decided to start taking antidepressants for my anxiety and depression. This comic about that decision, published on Splinter (then Fusion), and later, Upworthy, gained worldwide acclaim and remains one of my most popular pieces of work. (You can buy print versions of the comic here.) READ

The Unspoken Complexity of “Self-Care”