Posted at 16:19h in Misc., Politics by deanna zandt 0 Comments
Since the rise of importance of the Marcellus Shale, the question of hydraulic fracturing in rural parts of Pennsylvania and upstate New York has lit up numerous conversations about the economic and environmental impact of natural gas drilling-- particularly the effect on the water table and watershed in these areas, and how those feed urban areas like Philadelphia and New York City. I first became aware of what was going on through an article in New York Magazine a couple years ago. I was fascinated to see my hometown, Binghamton NY, covered in such an emotionally exciting way. Most of the coverage you see about these parts of upstate New York are about the ongoing struggles of survival: an economic depression since the 1980s has ravaged this rural-industrial and robbed it of the resources it needs to grow again. Luckily, it wasn't terribly affected by the burst of housing bubble--because it never saw the rise in value in the first place. It's the seventh cloudiest city in the country, something that is not lost on its residents and their mood.
Read More

Posted at 15:40h in Feminism, Politics by deanna zandt 2 Comments

It's the 90th anniversary of the 19th Amendment today, where women voting in the US finally became legal. A tweet by the Women's Media Center asked if anyone else got irritated by the phrase, "Women were given the right to vote." And then a number...

26 Jul How to put together and moderate a killer panel

Based on the feedback I received on the fabulous panel I moderated at Netroots Nation 2010 ("So You Wanna Change the World: How to Rock on Social Networks"), I decided to share my process for putting together a panel that will knock participants' socks off. I've been the victim of too many snoozy, self-aggrandizing panels to let that happen on anything I put together, and I'd love to see no one ever have that kind of conference experience ever again.

Posted at 18:18h in Tech by deanna zandt 2 Comments 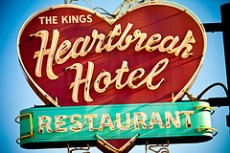 We've been together a long time. I still remember so clearly holding my shiny red Pearl in my hands for the first time. It glistened with promise, way back then. It was the summer of 2007. I was a late adopter (to my fellow geeks, anyway) for a smartphone. For the longest time, I kept my Type-A-like behavior in the digital world in check by not having a device that I could get email on, or surf around on. Finally I caved, and I was thrilled with my little guy. It did everything I needed. A little over a year later, I decided it was time to move on to something bigger, and I bought a Blackberry Bold the day they came out in late 2008.
Read More

Posted at 15:20h in Politics, Share This!, Tech by deanna zandt 13 Comments
Today over at Gizmodo, blogger Joel Johnson posted what was intended to be encouragement and a challenge for his cohorts of the world to start following people who are different than them on Twitter: "Why I Stalk a Sexy Black Woman on Twitter (And Why You Should, Too)." Conceptually, encouraging dominant cultures to divesify is fabulous --I subscribe to the DNA model of ecosystems and social spaces, so I support it wholeheartedly. As I've said in my book and recent talks:
Read More

Posted at 09:38h in Media, Share This!, Tech by deanna zandt 7 Comments

Last night I was poking around the socnets before going to bed, and saw that Beth Kanter had posted a link to Fast Company's "Influence Project." I'm keenly interested in ways to measure influence as part of the research fellowship I have with the Center...

03 Jul On CNN International: Is Internet access a fundamental right?

Posted at 18:57h in Media, Performance, Tech by deanna zandt 0 Comments
(Thanks to the Women's Media Center for capturing this appearance.)
Read More

Posted at 16:52h in Performance, Politics, Share This!, Tech by deanna zandt 0 Comments

Read the text and see the slides at the full presentation page. ...

Posted at 11:44h in Media, Tech by deanna zandt 2 Comments

Thanks to Facebook's latest round of privacy silliness, I've had the opportunity to talk to loads of media outlets on the topic, as well as the future of social networking. Here are a few: New York Times: Is There Life After Facebook? (CNN.com refers to the...