Stay in the loop on the adventures of DZ: 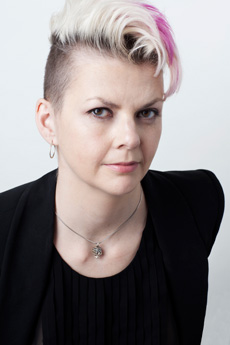 Deanna Zandt is an award-winning media technologist, the co-founder of and partner at LUX, and the author of Share This! How You Will Change the World with Social Networking (Berrett-Koehler 2010). She is a consultant to key media and advocacy organizations, and her clients have included The Ford Foundation, Deutsche Telekom, Planned Parenthood, and Jim Hightower’s Hightower Lowdown.  Zandt has advised the Obama White House on digital strategy and public engagement; she has been a regular contributor to Forbes.com, as well as NPR’s flagship news program, “All Things Considered.”  Zandt specializes in emerging media, is a leading expert in women and technology, and is a frequent guest on MSNBC, CNN International, BBC Radio, Fox News and more.

Zandt works with groups to create and implement effective web strategies toward organizational goals of civic engagement and cultural agency, and uses her background in linguistics, advertising, telecommunications and finance to complement her technical expertise. She has spoken at a number of conferences, including TEDxBerlin, SXSW Interactive, Tribeca Film Festival, re:publica, Personal Democracy Forum, Ignite (NYC), Netroots Nation, the National Conference on Media Reform, Facing Race, Web 2.0 Expo, Bioneers, Women Action & The Media, and provides beginner and advanced workshops both online and in person.

In 2012, the Planned Parenthood Federation of America awarded Deanna their first-ever social media Maggie Award for Media Excellence for her work on the Planned Parenthood Saved Me Tumblr blog during the Susan G Komen crisis. Deanna was a fellow at American University’s Center for Social Media (2010-2011), and at the Progressive Women’s Voices program at the Women’s Media Center (2009). She is on the board of the Race Forward, a racial justice think tank and home for media and activism; Women Action & The Media, the activism home of gender justice in the media; and The Sequential Artists Workshop, a nonprofit school for cartooning, comic art and graphic novels in Gainesville, FL.

In addition to her technology work, Deanna writes and illustrates graphic stories and comics, and hosts a podcast on mental health and emotional wellness called The League of Awkward Unicorns. She’s based in Brooklyn, NY, and travels extensively with her canine life partner, Izzy.

What people say about Deanna’s speaking engagements and workshops:

“When I think of feminism and technology, I think of Deanna Zandt” –Katha Pollitt, author and poet

“Deanna Zandt is manages to combine social media ninja-skills with a relaxed and fun attitude. At an event with an audience of students, professors, and community members in Harlem, Deanna managed to inform the public about civic engagement and new media and utterly enchant the students. In addition to her prodigious speaking ability, she is also an excellent resource for media professionals. Before I booked her for this speaking engagement, I also worked with her on a public radio project, and her work was superb.” —Farai Chideya, journalist and Leader in Residence, The Colin Powell Center for Policy Studies at City College, New York

“Deanna’s workshop provided immediate return on investment by giving participants skills and tools they could use instantly.  With an appealing mix of tech talk, humor, and empathy for the newbies, she got high marks from a tough crowd. ” —Ruth Ann Harnisch, President, The Harnisch Foundation

“One of the strengths of Deanna’s presentations is her on-the-ground experience with a variety of organizations and individuals. She incorporates case studies and shares real life successes and failures with social media marketing in a way that feels both accessible and inspiring for audience members. Deanna goes beyond the lingo and into the real issues. ” —Sara Zia Ebrahimi, Outreach and Events Consultant, Leeway Foundation

“A clarion call for innovation and diversity, Deanna’s talk was a true highlight of Deutsche Telekom Innovation Day 2010. Her breakout session was both provocative and inspiring. She is a social network revolutionary, and a rockstar speaker on top of that.” —Helmut Sussbauer, Head of Innovation Management, Deutsche Telekom AG