HOLLA::Revolution: Don’t Read the Comments, Don’t Feed the Trolls, Get a Thicker Skin, and Other Ways to Destroy Your Internet Sanity

04 Mar HOLLA::Revolution: Don’t Read the Comments, Don’t Feed the Trolls, Get a Thicker Skin, and Other Ways to Destroy Your Internet Sanity

The following are my unedited notes and slides from the HOLLA::Revolution talk I gave on online harassment on March 5, 2015.

Who has experienced harassment online? Been bullied? Been stalked? Doxxed? 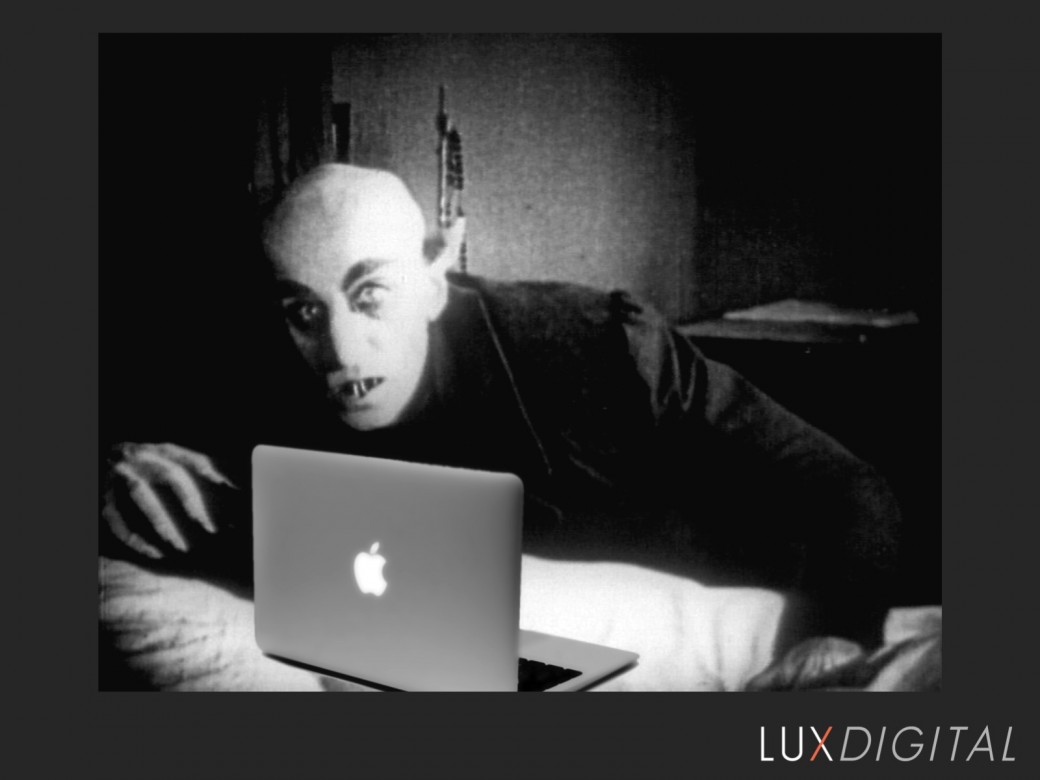 People will tell you that being online is inherently full of this kind of behavior. That you have to just expect these things to happen. That if you’re going to participate online, in activism, in journalism, in politics, or any other public sphere, that it’s just part of the job.

Does this sound like any other “advice” you’ve ever heard? 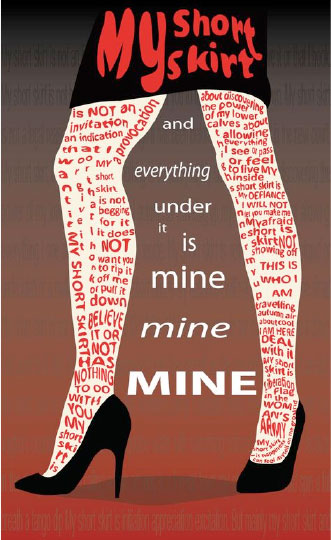 * you shouldn’t have been drinking

* “driving while brown,” just being a black woman on the street! 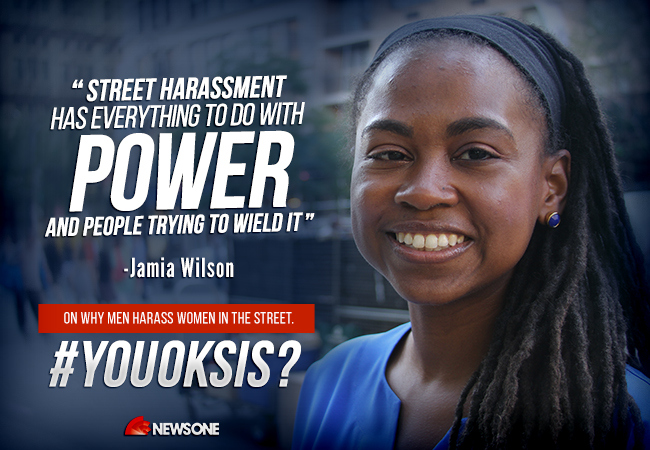 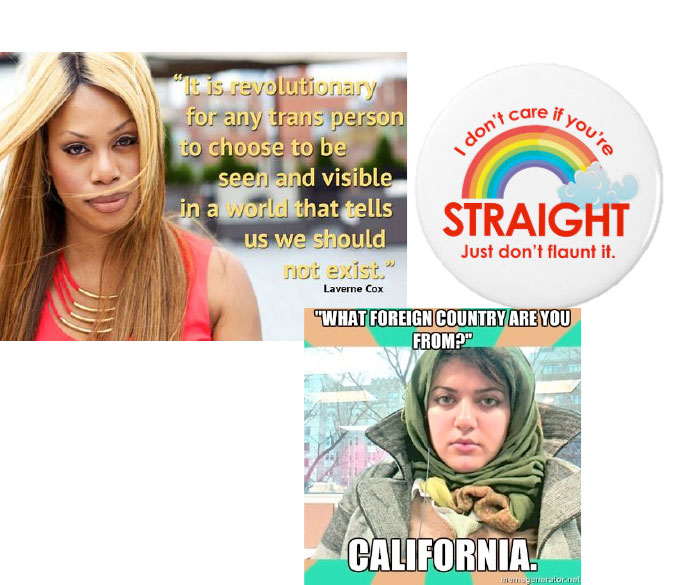 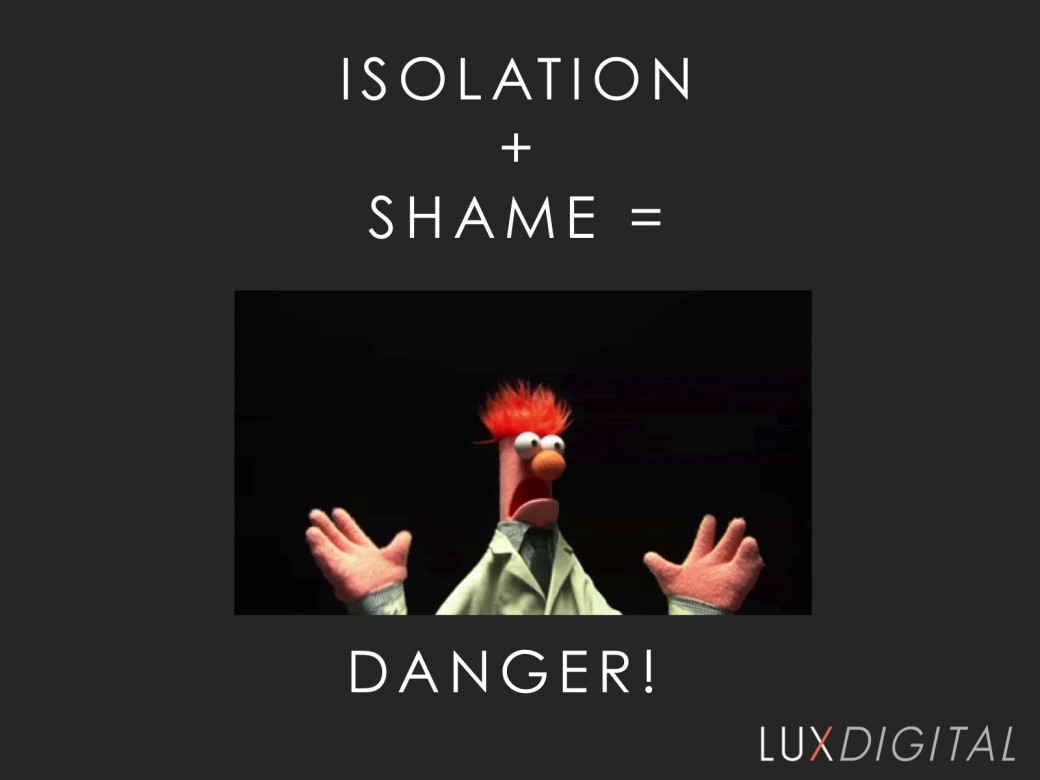 If only there were a way– a tool, like a technology tool, where we could “connect” “humans” to one another to talk about these things…

I’m not going to sugar coat this. Yes, there are a lot of sucky things that happen on the internet. There are also some incredibly resonant, life-changing (for the better) things that happen, too. Some of my best friends I’ve met on the Internet. I started going to internet meetups in 1996, for cryin’ out loud.

I could stand here and deliver all kinds of blah blah, but life is short, and so is my time. I’ve got a bunch of really poignant bullets that I want to share with you.

Why is gendered harassment online so crazy? Well, it started early. There’s a paper from 1995, when I was in college, that studied gendered flaming on a mailing list the authors belonged to. They found that when women took up more than 30% of the conversation space, they were found to be dominating it. 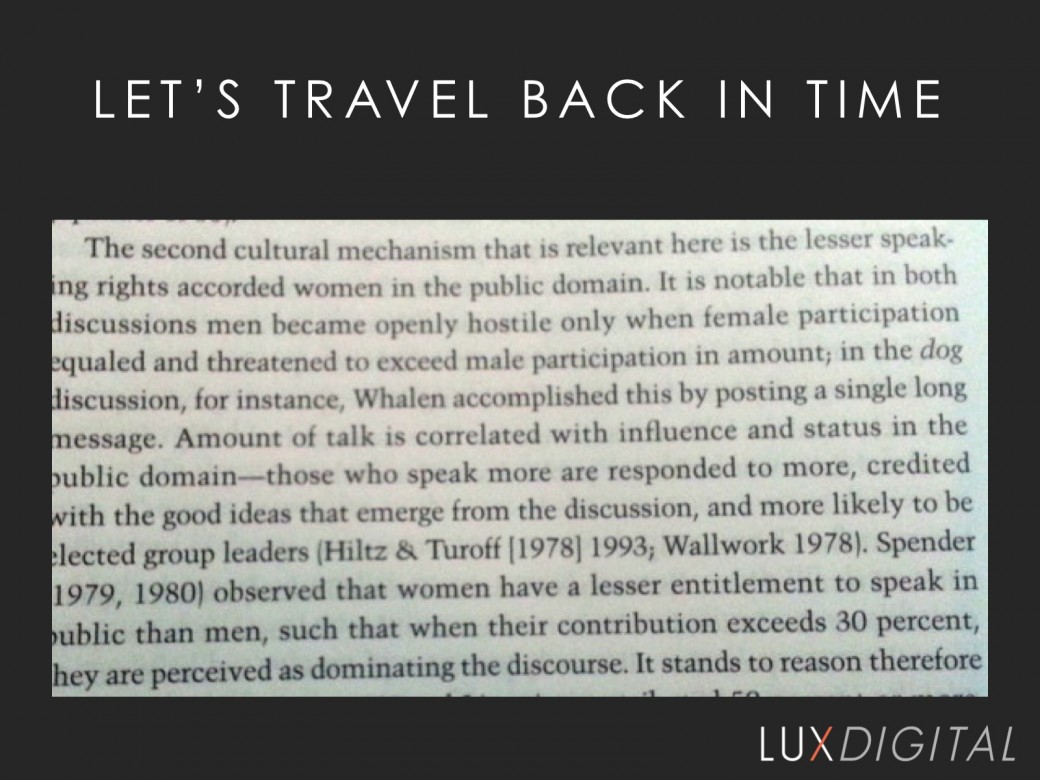 ARE YOU KIDDING ME

This actually correlates to offline conversation spaces as well, so that’s depressing. But whatever. I wanted to know more about why people freak the eff out online. What is it about this tool?

It turns out that humans’ silly little brains aren’t built for handling the nuances of digital communication. Like, we are actually not wired to deal. 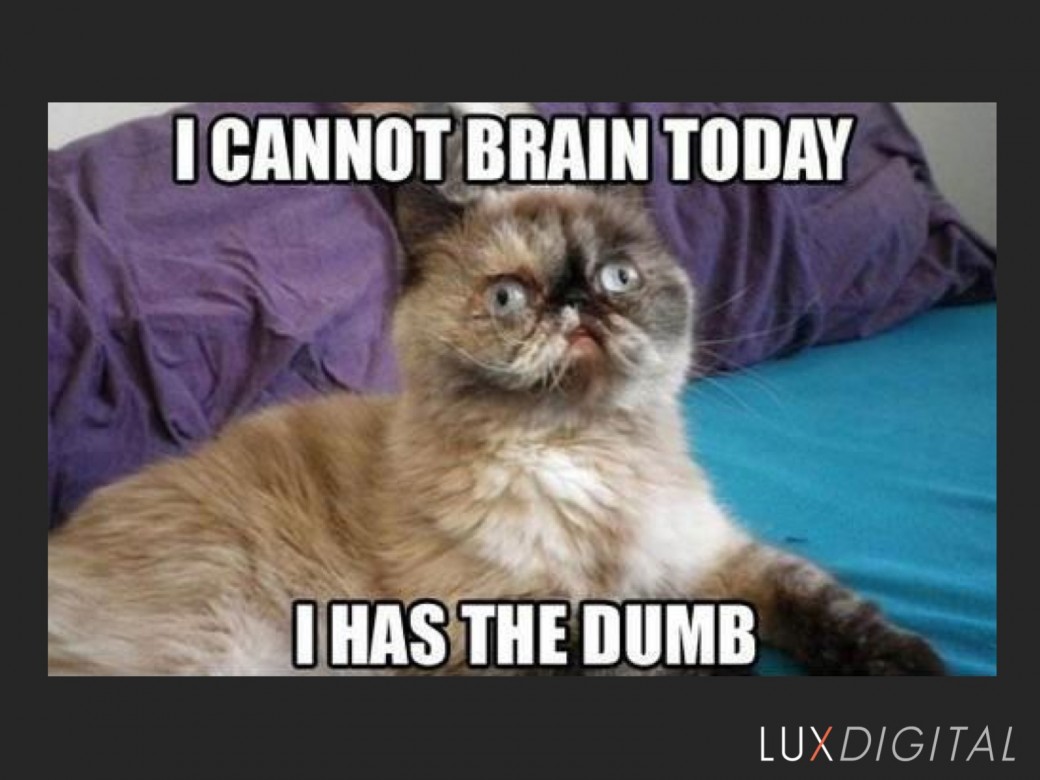 When I found this out, I was like, oh good lord, we are SCREWED. Here’s one major thing that’s in play: We all know that tone and body language make a huge difference in how people communicate, and that text-only communications leave a huge range of interpretations up for grabs.

But it’s not just that it’s up for grabs; it turns out, tone and body language accompanying words sends messages we receive up to higher emotional processing centers in our brains, where we can pull apart the nuance and context of what we’re being told.

What happens when we don’t have those? When messages are text-only? Those go straight to our amygdalas. Who knows what the amygdala does? YEAH. FIGHT OR FLIGHT. So basically, you get a message in that doesn’t maybe sit well at first, your brain goes, “OH MY GOD CHEETAHS ARE CHASING US AAAAARRGGGGHHHHHHH.”

Yeah, you know, that might not bode to well for loads of isolated, ashamed creatures with effed up notions of gender, race, sexuality and more trying to interact with one another. HMMMMMMM.

So, there are a couple of things we can do, as individuals, to contribute to changing culture.

1. YOU ARE NOT ALONE

If you start getting harassed online, remember: isolation and shame will try to make this all way, way worse for you. The best thing you can do for yourselves now is build up your trusted networks and support one another. You don’t need a thicker skin. You need a strong community and a semi-private place to support one another. You should not expect to deal any of it on your own.

There are also more and more groups out there that are tackling these problems in systemic, structural ways. There’s Hollaback’s work, of course; Emily also founded a group, to which I belong, called the Online Harassment Taskforce. The first rule of the Taskforce is not to talk about the Taskforce, but we are cooking up some insanely good work there. There’s also Women Action and the Media, and the Tech Ladymafia. Loads of safer spaces for likeminded folks to connect and work together. 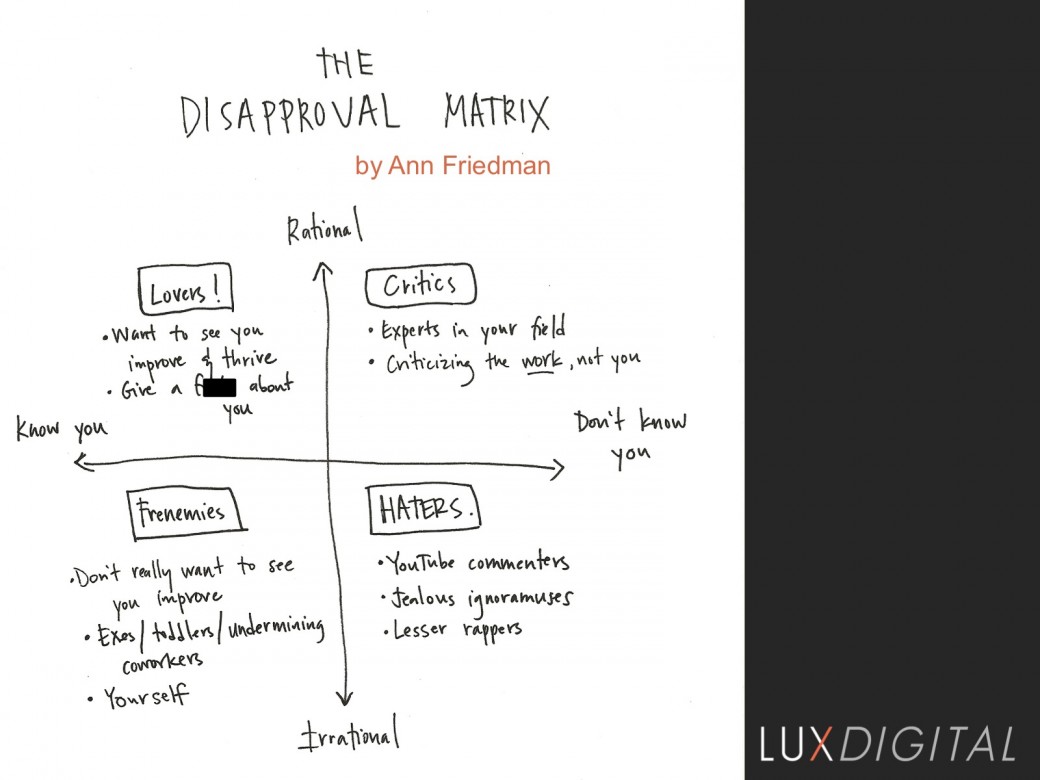 Once you’re participating online, criticism becomes daily life. And because of our reptile brains–the ones that are on the lookout for cheetahs all the time– it can get real tough real fast for us to figure out what’s criticism, and what’s garbage. For this! I give you! Ann Friedman’s Disapproval Matrix. This thing will save your life.

There’s no one measurement, however, for deciding when something has turned from random trolling into straight-up harassment. It’s like the Supreme Court’s definition for obscenity: you know it when you see it. When you see it, feel it: trust yourself and invoke that community you’ve built up in #1. 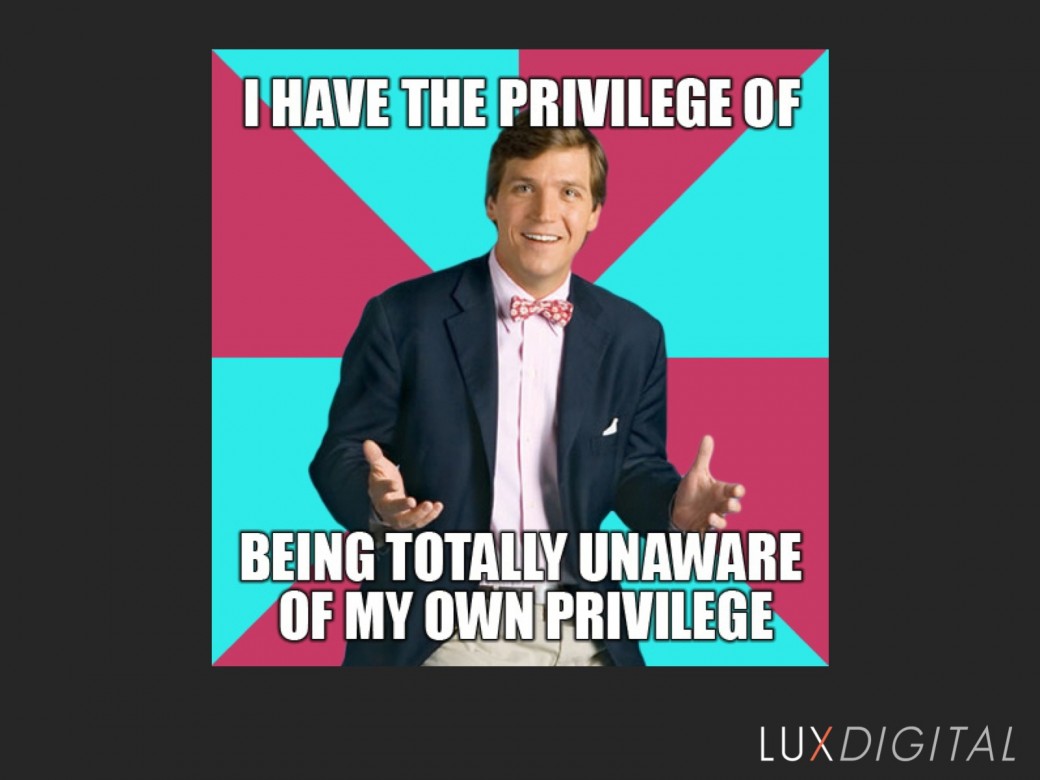 All of us bring something to the harassment battleground that we can use. No, this isn’t a competition for who has it worse: this is a way to recognize that we all have something to GIVE. If you have the privilege of, well, sanity and stability and/or the privilege of time, maybe , maybe you can volunteer to support others in crisis. If you’re a dude or on the dudely end of the spectrum, you can call out other dudes’ bad behavior. Cis people: Trans folk, especially trans women of color, get the worst of everything. CALL THAT ALL OUT. White people, same goes for you.

Basically, I’m asking you to recognize that, just like with street harassment, or workplace harassment, or any of the other kinds, this is NOT just something any of us have to accept and deal with. Each contribution you make with what you have to offer can sometimes literally mean the difference between life and death.

Which is why it’s also critical for those of us who can fight the good fights to be out here, engaged, jammin on our jams. Changing harassment culture– whether online or off– is huge and there are TONS of roles for you to play if you have the capacity. (And it’s OK if you don’t! Self-care is ridiculously important if you’re in it for the long haul. Take it from those of us who have learned the Hard Way™.)

From calling out harassment when you see it, to getting involved in projects and campaigns tackling online harassment, to being a trusted support person who can take screenshots and help document things when friends are getting shit on, there’s something everyone, of all genders, can do.

We’re seeing the future already shifting because people like you are showing up at events like these and letting the world know, you don’t have to stand for this crap. It’s not enough for us just to hope that things get better. With you here, I *know* they’re getting better. 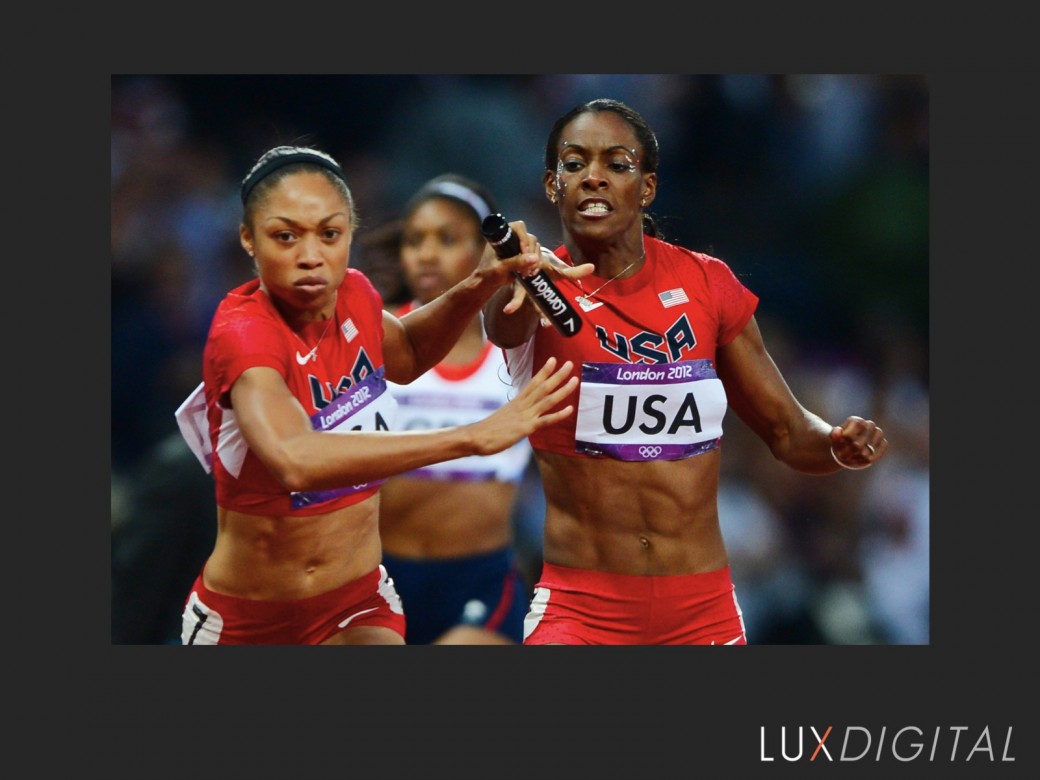