This secret will determine whether Ello creates interestingness.

24 Sep This secret will determine whether Ello creates interestingness.

Posted at 23:05h in Feminism, Tech by deanna zandt 0 Comments 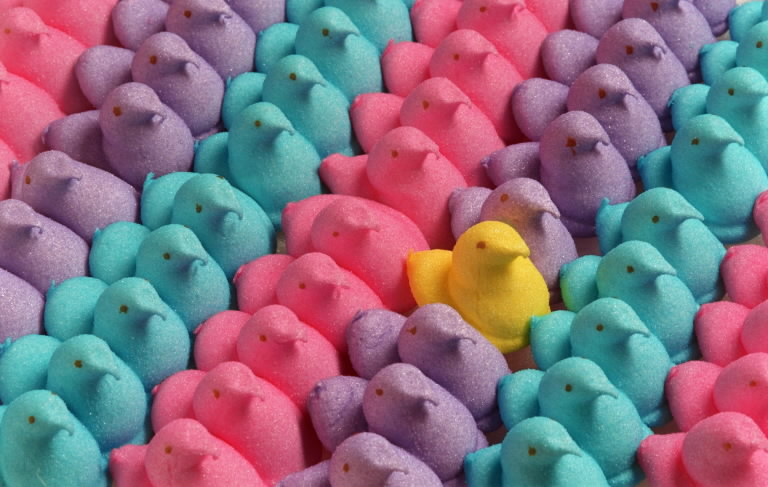 Conversation about and activity on Ello has been ramping up over the last few weeks. Ello, for those living relatively balanced lives with healthy relationships to their digital devices, is a new social network that is, in not so many words, promising to be the anti-Facebook. The creators’ goal is to free us from the tyranny of being products packaged for advertisers–remember, if you’re not paying for the product, you are the product. (How this plays out with Ello shall be seen.)

It’s rough around the edges, for sure, but conceptually interesting enough to play with for a minute if you’re into that sort of thing. And I am! I’ve been playing for the last few days, and one of the first things I noticed is that it was difficult to find people I knew. As Clay Shirky put it the other night: “the only first-order feature that anyone cares about on a social network is ‘Where my dogs @?'” Heh. The search function is broken-ish, so the only way I knew how to find my people was (1) to tell people on other social networks how to find me on Ello, sigh, and (2) by looking at the few people I did find, and seeing who they follow.

Number 2 there can be really interesting for organic discovery within communities, but it leads to a larger problem that creates an unhealthy ecosystem: homophily. A fancy word for “birds of a feather flock together” that I learned from Ethan Zuckerman. So, you get lots and lots of people who are similar to one another in certain ways hanging out with each other, and that ends up making for a really boring, and digital-ecologically-unsound system. Communities are ecosystems that require a certain amount of difference and tension to make them work. Following each other in an endless circle of “me like you” is maybe not the best way to start doing that.

I noticed immediately that while the gender balance for the people I was finding was pretty good, the communities and followings I’m following on Ello are very white, for one. From what I know, they’re also pretty cisgendered (meaning: the body parts you were born with match your gender); there’s a fair amount of queerness, thanks to the flight of drag queens and other artists from Facebook to Ello, but I still seem to be leaning with lots of straight people in my followings. The whiteness has really struck me, though.

Ello works right now based on invites, so that means we all get to invite our friends. And, thanks to social stratification and homophily, most white people have mostly white friends, and that’s who is going to make up this early adopter space.  This bothers me–not because I don’t like white people, I do. Some of my best friends are even white.

Early adopters have a huge amount of influence on establishing the cultural norms of a platform or service. The @ symbol for mentioning someone? #Hashtags? Short URLs? All were put into use by early Twitter users back in the day, and still remain the most important features of the service. How a community also deals with issues of violence, safety and abuse also determine who generally sticks around, and who doesn’t. Without a diverse set of people coming to the table to help shape those expectations of one another, we risk creating yet another sterile digital ecosystem like the many that have come–and gone–before.

It’s not about bean-counting. Diversity isn’t enough; this is about equity. What’s the difference? Here’s my favorite explanation:

Diversity is when you invite many different kinds of people to sit at your table.  You look for difference in terms of age, race, gender, sexuality, class, ability, ethnicity, etc.  But equity means addressing the fact that some people come to the table without a fork, some have two plates or none at all, some expect to be waited on, and some are more accustomed to doing the serving.  Equity attempts to ensure that everyone can sit down to eat together on terms of equality.

(This is, by the way, why I say I dig gender equity instead of equality, for example. It’s not about some mythical equivalence; it’s about account for a whole person, including their gender.)

Thus, I made the statement that I would share my invites in the spirit of the #one4one game that I created a few years ago with Andrew Rasiej and Melissa Pierce. It means that I recognize the value that people who don’t share my privilege (whiteness, able-bodiedness, cis-ness, straightness, etc) bring to shaping this conversation, and will specifically share my invites with them first, and likely, exclusively. There’s plenty of other white people unwittingly inviting only other white people, and I’m going to make an effort to see if we can shape this community to be something other than the same ol’, same ol’. And I invite yous to join me for that ride.

Sorry, the comment form is closed at this time.