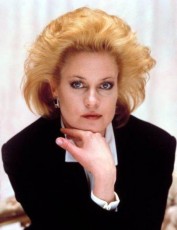 Exciting news! The editors of ForbesWoman approached me about contributing a regular column to their site, which is part of the larger Forbes.com network of content. It’s called “Prospect: Tech” and I’ll be covering all my usual beats: technology, activism, politics and, of course, women. It feels kind of like Bizarro world when someone like Forbes contracts a person like me, and I’m really thrilled to have this platform.

My first post is up: “How Internet Rage Is Making Tech Culture a Better Place.” Here’s an excerpt:

It was a banner weekend for gender-washing on the Internet. First up: an otherwise decent article in the New York Times on Ellen Pao’s discrimination suit — a lawsuit that’s threatening to shake up Silicon Valley bro culture, thankfully — started out by erasing women’s contributions to the birth of the Internet. “Men invented the Internet.” Line 1, paragraph 1. Men.

But the Internet and its consciousness are smarter than the average Timesarticle, and when Xeni Jardin of Boing Boing blogged about this gaffe, and then shared that post on Twitter, she was inundated with responses documenting women’s contributions to both creating the Internet and computing in general.


STAY IN THE LOOP
WITH THE ADVENTURES OF DZ: