Posted at 13:37h in Share This! by deanna zandt 4 Comments 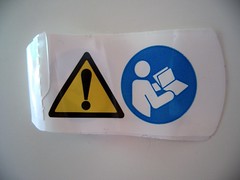 More and more, people are talking about the “attention economy.” If you’re new to the term, here’s the basic idea: Attention is scarce, meaning it’s a finite commodity that can be gathered and exhausted. Using economics as a model, we have to choose where we “spend” our attention, and those seeking to gain our attention have to use market-based tactics — a.k.a., “marketing!” aha! — to win us over.

Models like this are very attractive to us as a culture because we’re so familiar with transaction-based economies. As I wrote in “Share This!,” it’s how we think of everything we do. If I pay you $5, you'll give me a pint of Ben and Jerry's. If I refinish your flooring, you'll pay me for my labor. Even when we think of bartering, we still focus on the transactional moment: If I cook you dinner, you'll show me how to set up a website.

When we apply transactions to how traditional media works (think: one-directional, few-to-many broadcast messages), it’s easy to see how we ended up with the dismal state of affairs that exist: reality TV, infotainment news, etc. If, as a producer of content, I need to get the most bang for my buck out of each “transaction,” I’m going to create something that will gain the most attention. I’ll have to yell the loudest, create the most spectacle. It’s not worth my time or money to create niche content that will draw in specific kinds of audiences; partly because this is one-directional, and I have all the control, I can blast people with content and hope for the best out of that transactional moment, when I print an article or air a show. The more outrageous that content is, the better chance I have of at least catching people’s eye for a moment — take advantage of humanity’s rubbernecking instinct.

As we enter a more social, and perhaps more holistic, way of interacting with the world around us, squeezing our attention span in this kind of transaction-based, market model is turning out to be fraught with problems. First, the transactional moment is more bi-directional (or even multi-directional) than ever. We’re having conversations with one another, so it’s not just about me producing content and you consuming it. It’s about how we interact with what gets put out there, and how that content changes once we start interacting with it.

It’s also different because it’s not a few-to-many model, it’s a many-to-many model. This is where applying an economic analysis to attention becomes sticky. In the case of social media, and probably much of our non-media lives, attention isn’t actually a scarce commodity. We have to reframe our interactions with one another– it’s not about trying to “pay attention” to everything that comes our way, and running out of attention to pay. It’s more about making the world around us a stream or flow of information, and dipping in and out of that flow as necessary or desired. Attention, in this model, isn’t a scarce commodity — it’s actually an unending stream that gets woven in and out of other streams. (Suddenly I’m having a Ghostbusters moment.)

Since attention isn’t comprised of chunks that get accumulated and doled out as we progress into this way of thinking, there’s not much use in thinking about the system as an finite economy. Who yells the loudest and makes the biggest fool of themselves will become less important as our notions of celebrity also change — having higher numbers of viewers or followers or fans doesn’t equal influence and fame. Or, it doesn’t have to, anyways. If we can turn around our thinking, away from the style of mass media which has only served to alienate us from one another, and produce lowest-common denominator content, towards one of a more holistic, ecosystem-like view where relationships to and relevancy of content matter, then attention’s scarcity also begins to disappear.

Once scarcity is removed from the model, there’s no market economics that apply to it. You’re not competing for others’ attention, you’re creating sustainable relationships across which content flows, many ways. What happens as a result of those relationships might be quantifiable in some way, but how we choose to do so absolutely must become more nuanced than units of product sold, pageviews/uniques, or number of followers/fans gained. This is another key point missing from much of the conversations being had about social media’s impact: we are at a critical, cultural juncture where it is up to us to experiment and ultimately define how things work in the ecosystem. Markets work for certain things, but information, attention and relationships aren’t among them. It’s time to ditch the desire to commoditize our world. What say ye?