Posted at 10:44h in Politics, Tech by deanna zandt 1 Comment 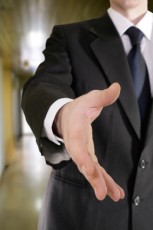 I’ve been following the NYC public advocate race for the past few weeks, and noticed a while ago that all of the candidates are on Twitter. As I started following each of them, it became clear that they might not understand the full potential of social media and networking, because most of their tweets have been one-way broadcast tweets–posting how they feel about an issue, where they’re speaking that night, etc.

I griped a little yesterday about this, and Elana over at Wellstone Action asked me what advice I’d give candidates running for office. Here’s a quick, handy-dandy list of pointers for candidates, from the position of a voter:

In short, act like a normal person who cares about the people around them, because we know you do!

Note: Bill de Blasio was the only public advocate candidate who responded to my gripe, and he gets extra Twitter points for both that and at least retweeting people once in a while. Go Bill!