Patricia Williams on miracles and delusions

Posted at 09:18h in Media, Politics by deanna zandt 0 Comments 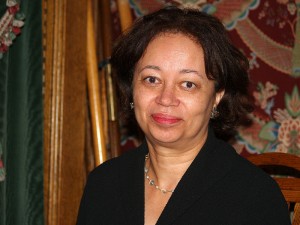 I went last night to “Change for America? The Left and Obama,” put on by The Nation and Air America. While most of it was sort of on the dry side, Patricia Williams officially rocked my world and became my New Favorite Person. I was hoping to live tweet or blog the event, but cell service was next to nothing and wifi required a password. Here’s what I pecked out onto my Blackberry:

I’ve just been listening to law expert Patricia Williams at this Nation/Air America event, and she gave a fantastic talk about how we’ve all been sort of walking around in a daze, using the language of incredulity and miracles to refer to the moment of Obama being elected. “This is no different than Jerry Falwell saying that 9/11 was punishment for gay people and feminism.” No, it wasn’t a miracle, the stars aligning, etc… This was directly a result of cause and effect over hundreds of years of work.

People talk about the interesting bookends of plane crashes in NYC around the Bush and Obama administrations, and the “miracle” of the Hudson River crash. No, this was no miracle, says Williams. This was the result of a well trained, informed pilot; emergency crews that was funded and skilled; an entire system that worked because it was put in place to do just that. That is our ongoing work, that is what we do.

Sorry, the comment form is closed at this time.