Conferences and the shallow end of the gene pool

27 Jun Conferences and the shallow end of the gene pool 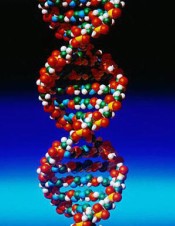 Another week, another conference. This week I was over at the Personal Democracy Forum here in NYC, which focuses mostly on electoral-type of tech and activism. It’s one of the many conferences that’s still heavily dominated by white guys with a whole lotta privilege on their hands. The conference organizers have heard me (and many others) criticize them for this in the past, and it’s gotten a teensy bit better… but overall, I can’t say that having four white men (update: and a white woman) on your closing plenary shows any progress in the overall mindset. [Update: I could go through the conference schedule and bean-count gender, but I swear to you, that’s not what this post is about. Keep reading, and see if what I have to say makes sense.]

Lest I sound like a broken record, I’ve been trying to think of ways to use my own privilege and explain to those who don’t get it why this is important. (I know I said I was giving up bridge-building, but if I’m going to maintain my sanity in conference season, I’ve got to say something.) It’s easy for organizers to brush people like me off: oh, there they go making trouble again, sigh. There are times where I love making trouble (hi, smarmy Newsbusters guy and your T&A video strategy), but this is one of those times where I’m actually trying to help people make their conferences better: not just look better so that people like me will be quiet, but actually have better content. And this is how.

Perhaps others have used this metaphor before, but as I was walking and talking with my friend Dawn in Coney Island the other night, I hit on this idea of genetic diversity. You know how inbreeding is a Bad Idea? When you get too much of the same material in the gene pool, you get crazy mutations and then eventually the species dies off. Dies. Off.

Ahhhhh, but when you mix it up, when you diversify the material you’re messing around with, you get brand new traits and feature sets that would never ever have happened otherwise. You keep going down that road, and eventually you get new species, stronger species, etc. In short: it’s better. Way, way better.

A bunch of the same people from the same backgrounds at a conference are going to spend a lot of time on ideas that are either not that interesting to the larger world around them or congratulating each other on a job well done (as their species slowly dies off). Panels of folks from wildly different backgrounds are going to spark new ideas (good and bad ones, I imagine) and challenge the paradigms within which we all work. Out of new ideas and challenges come change, movement, progress.

Isn’t that what we’re all shooting for, here, when we both organize and attend these things?